PLEASE JOIN US FOR THE

See below for details.

Topic: Living for Christ in Healthcare When the Heat Is On

Come enjoy an evening of fellowship with other CMDA Richmond members and colleagues. We will hear from our new CMDA national CEO and local leadership as well as students and residents who have been impacted by this ministry. Dinner will be provided. 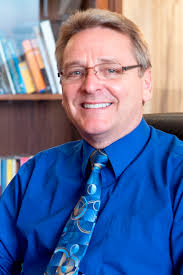 Dr. Mike Chupp grew up in Mooresville, Indiana, the oldest of six kids. As an Eisenhower Scholar, he graduated Summa Cum Laude with a pre-med degree from Taylor University in 1984, and then he received his medical degree as an AOA scholar from Indiana University in 1988. During his fourth year of medical school, he volunteered for two months at Tenwek Hospital in Kenya where he met CEO Dr. Ernie Steury and Medical Director Dr. David Stevens. During his third year of surgical residency, God brought Mike’s high school sweetheart Pam back into his life, and they married in August 1991. A few months later, they traveled to Kenya and Tenwek Hospital in 1992 for two months where both enjoyed getting to know the Tenwek community while Mike was immersed in surgical care in a busy surgery referral center in rural Africa.

Mike completed a general surgery residency at Methodist Hospital in 1993 and then joined Southwestern Medical Clinic, a group in Southwest Michigan dedicated to global healthcare missions. Former CMDA and ICMDA president Dr. Bob Schindler and his wife Marian mentored Mike and Pam until their departure for Tenwek in 1996. Mike was board certified in general surgery in 1995 while working with Southwestern.

Mike was drawn to the orthopedic surgery service as Tenwek had no long-term bone surgeon. He was also named Medical Director in mid-1997. Tenwek grew remarkably during Mike’s tenure as surgeon and medical director to a clinical staff of over 80 physicians and clinical officers and more than 700 total staff. Training programs for interns, family medicine, general surgery and orthopedics were also developed and launched during those years.

Mike and Pam left for Kenya in August 1996 with two small children and added two more while at Tenwek Hospital: Steven, Melody, Kayla and Ashley.

In 2015, Dr. David Stevens invited Mike to consider returning to the U.S. to assume the role of CMDA Executive Vice President. After seven months of prayer and seeking counsel from mission leaders, mentors and close friends, Pam and Mike decided to leave their Kenya home and mission life of 20 years and moved to Bristol, Tennessee in July 2016. Mike has counted it an amazing privilege to serve alongside David Stevens and Gene Rudd and all the national CMDA staff for nearly three years. In September 2018, after an eight-month CEO search process, the Board of Trustees asked Mike to become the next CEO of CMDA, he started this position on September 1, 2019, when Dr. Stevens steps down. Mike’s life verses are from 2 Timothy 1:6-7: “For this reason I remind you to fan into flame the gift of God, which is in you…for God gave us a spirit not of fear but of power and love and self-control” (ESV). To God be the glory, great things He has done!

Why attend the CMDA Richmond Banquet?

“I have been a member of the CMDA for over 20 years and a member of the Richmond chapter for that entire time period. I have found encouragement and the opportunity to build relationships with Richmond health care providers at the Richmond CMDA Banquet. It is great to see friends and colleagues outside of practice and be encouraged and uplifted to pursue the kingdom of God in our practices. I would highly recommend coming to the banquet and building and maintaining these key relationships.”

Email us at [email protected]

Add this event to your calendar.

Brought to You By

Are you a medical professional?